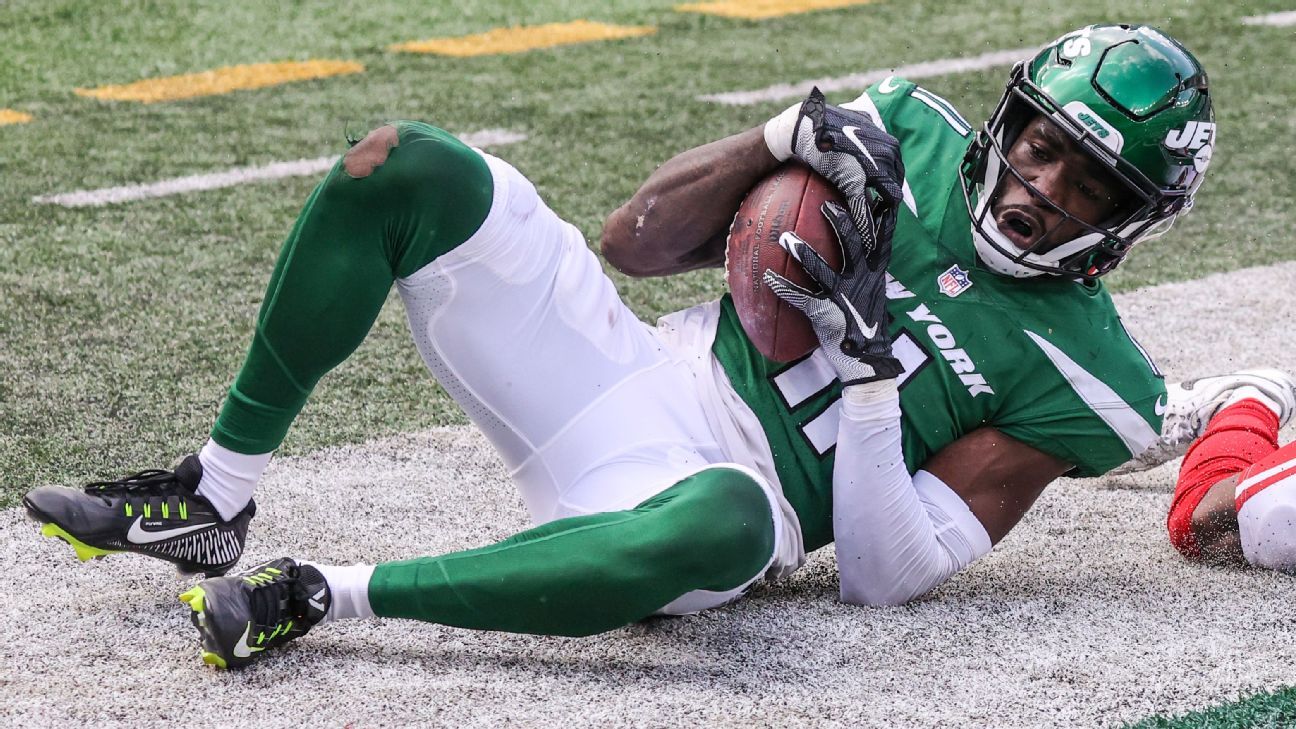 Mims, a 2020 second-round pick, believes he has shown his ability to start, but that the coaches refuse to see him as anything more than a backup.

“I feel like I already pretty much (proved it), from OTAs until now,” he said. “I mean, they’re pretty set on who they want.”

Mims is behind Corey Davis, Elijah Moore and rookie Garrett Wilson among the outside receivers, according to coach Robert Saleh.

The Jets fielded trade inquiries on Mims, according to general manager Joe Douglas, who said they didn’t consider any offers because they weren’t “the right value for a player of his talent and ability.” Douglas didn’t rule out the possibility of dealing him before the midseason trading deadline, saying he always takes calls on players.

Mims said he probably will be inactive for the Sept. 11 opener against the Baltimore Ravens.

“Of course I’m going to be frustrated that I’m not playing with the starters, but I’ve got to continue to work,” he said.

Mims played some special teams in the preseason, although they’re not his forte.

“I have no problem playing special teams, I don’t at all, but I feel like I’m a starting receiver,” he said.

He reached a boiling point six days ago, when his agent released a statement, saying Mims wanted to be traded. He responded with his most productive day as a Jet — seven catches for 102 yards and a touchdown in a preseason game against the New York Giants. He played exclusively with the backups. In fact, he didn’t receive a single game rep with the starters in the preseason.

Mims said he loves his teammates and the organization; he just doesn’t agree with his place in the pecking order at receiver.

“I wouldn’t say he wants to be somewhere else; he wants to play,” Douglas said. “He wants to start. Denzel is very confident. He has voiced that, that he wants to be a starter. Ultimately, you want a team full of guys that feel like they should be the No. 1 guy.”

Drafted 59th overall in the receiver-rich 2020 draft, Mims has only 31 receptions in two seasons. He has yet to score a touchdown. Since picking him, the Jets have used a second-round pick on Moore and a first-round pick on Wilson.

Mims feels like he’s caught in a Catch-22 because he can’t change the coaches’ opinion unless he gets playing time with the starters.

“That’s tough, not being out there with the 1s and being able to show it,” he said. “I feel like I deserve to be with the 1s.”