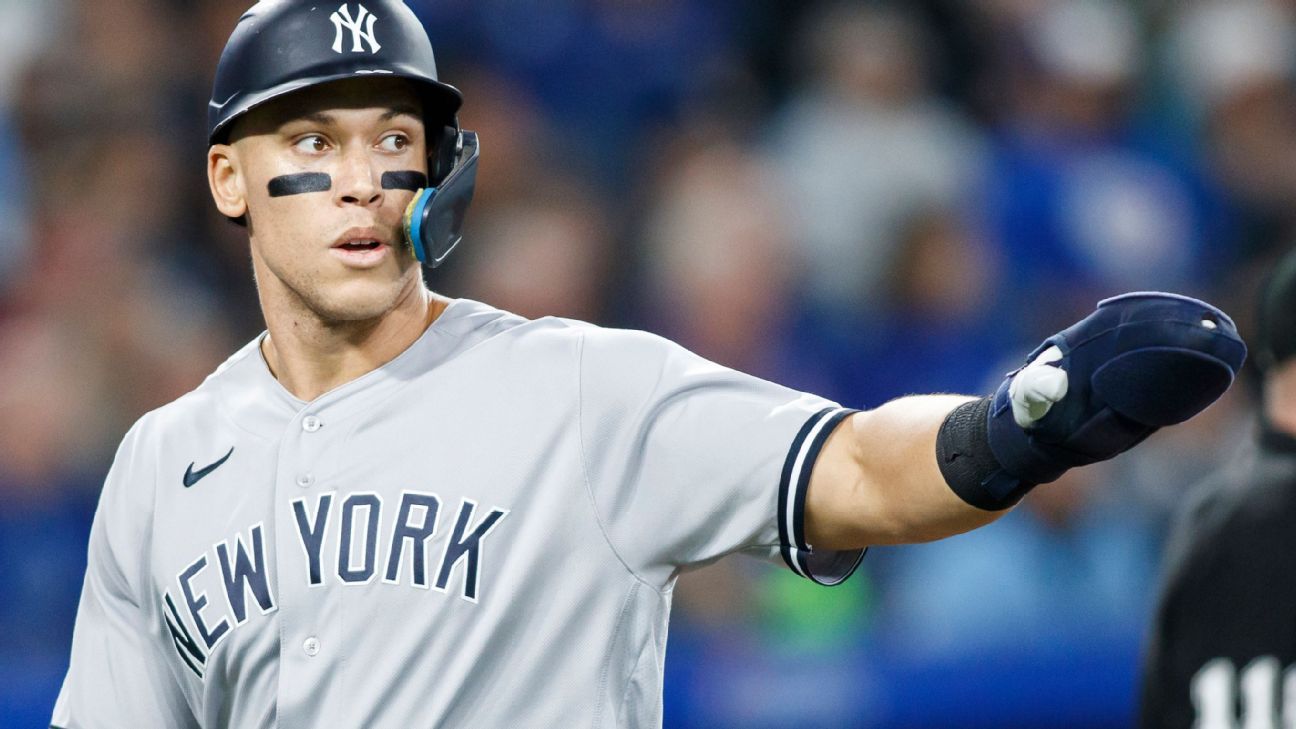 Comfortably in first place most of the season, the Yankees won for the eighth time in their last nine games, as Jameson Taillon pitched into the eighth inning en route to his 14th win of the season.

Batting out of the leadoff spot, Judge, who extended his homerless streak to seven games, finished 0 for 1 with two runs to go along with the four free passes.

But Anthony Rizzo had two hits and an RBI, and Kyle Higashioka had three hits and two runs, supplying enough offense to clinch the division four days before the calendar turns to October.

The Yankees, who at times appeared as if they’d run away from the American League pack before stumbling through August, appear headed towards the No. 2 postseason seed behind the Houston Astros. Tuesday’s victory was their 39th away from home, and their 95th overall.

Toronto, still seeking to secure the AL’s top wild-card berth, fell to 17-9 in September. George Springer finished 2 for 4 in the loss, with two runs and his 24th home run of the season.

Judge and the Yankees, who close out the series Wednesday night in Toronto with ace Gerrit Cole on the mound, will return home to open a three-game set with the Baltimore Orioles on Friday.

The division title is New York’s first since 2019, and 20th overall in franchise history.