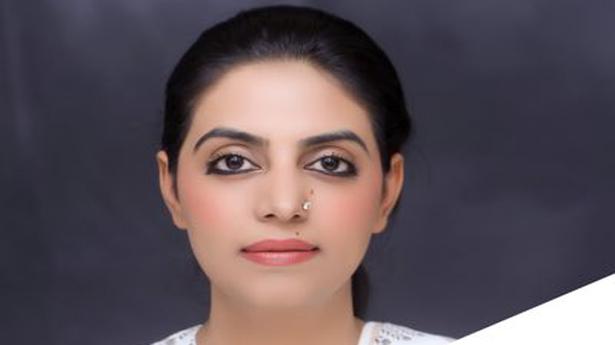 Two days after a large section of Congress MLAs boycotted the Congress Legislature Party (CLP) meeting in Rajasthan which was scheduled to be held on Sunday at Chief Minister Ashok Gehlot’s residence, party MLA Divya Maderna questioned Mr. Gehlot’s leadership capacity considering that he failed to summon the errant legislators to the meeting and expressed his helplessness claiming that things were now beyond his control.

The Osian MLA is the granddaughter of Parasram Maderna — a popular Jat leader who was heading the CLP in 1998. Mr. Maderna was overlooked to make Mr. Gehlot the Chief Minister. It was his first stint at the helm.

“Let’s believe that he [Mr. Gehlot] didn’t know about the brewing rebellion. But at 7 p.m. when he did not find the legislators at his residence where the CLP meet was organised why didn’t he pick the phone and summon them? This definitely raises a question on his leadership capacity,” Ms. Maderna told The Hindu. The agitating MLAs stayed away from the CLP meeting demanding several riders to the one-line resolution empowering Congress President Sonia Gandhi to take the final call on Mr. Gehlot’s successor.

Drawing a parallel with the events of 1998, Ms. Maderna said, “When a CLP meeting was called in 1998 to pass a similar one-line resolution which enabled the central leadership to anoint Mr. Gehlot, my grandfather gracefully accepted it. He told his supporters not to speak out or even raise an eyebrow against the high command’s decision,” Ms. Maderna said. She asked why was a similar thing not done on Sunday? “One-line resolutions empowering the central leaderships were passed not only in 1998 but also in 2008 when the elections were fought on C.P. Joshi’s face and again in 2018 when Sachin Pilot was leading the party, if it was good enough then, it should have been good enough now,” Ms. Maderna said.

She said Sunday’s events were a direct challenge to the Congress leadership and therefore worse than the events of July 2020 when Mr. Pilot led a rebellion. “Mr. Pilot’s rebellion was against the Chief Minister Mr. Gehlot and I won’t comment on the reasons. Back then, I was present at the hotel where the CM was camping because that was the official party line. But on Sunday, our own Parliamentary Affairs Minister Shanti Kumar Dhariwal and chief whip Mahesh Joshi challenged the party line by calling a parallel meeting,” Ms. Maderna said. She said most of the MLAs reached Mr. Dhariwal’s house assuming it to be the party’s decision to have a meeting before the CLP meet and since then at least 11 MLAs have come out to say that they will stand by whatever the central leadership decides.

Ms. Maderna asserted that from now on, considering how Mr. Dhariwal and Mr. Joshi had gone out of their way to question the high command, she would not listen to any directions from them. “Mr. Dhariwal was a minister in 1998, 2008 and 2018. Who made him a minister? It was this very high command that he is today challenging,” she added.