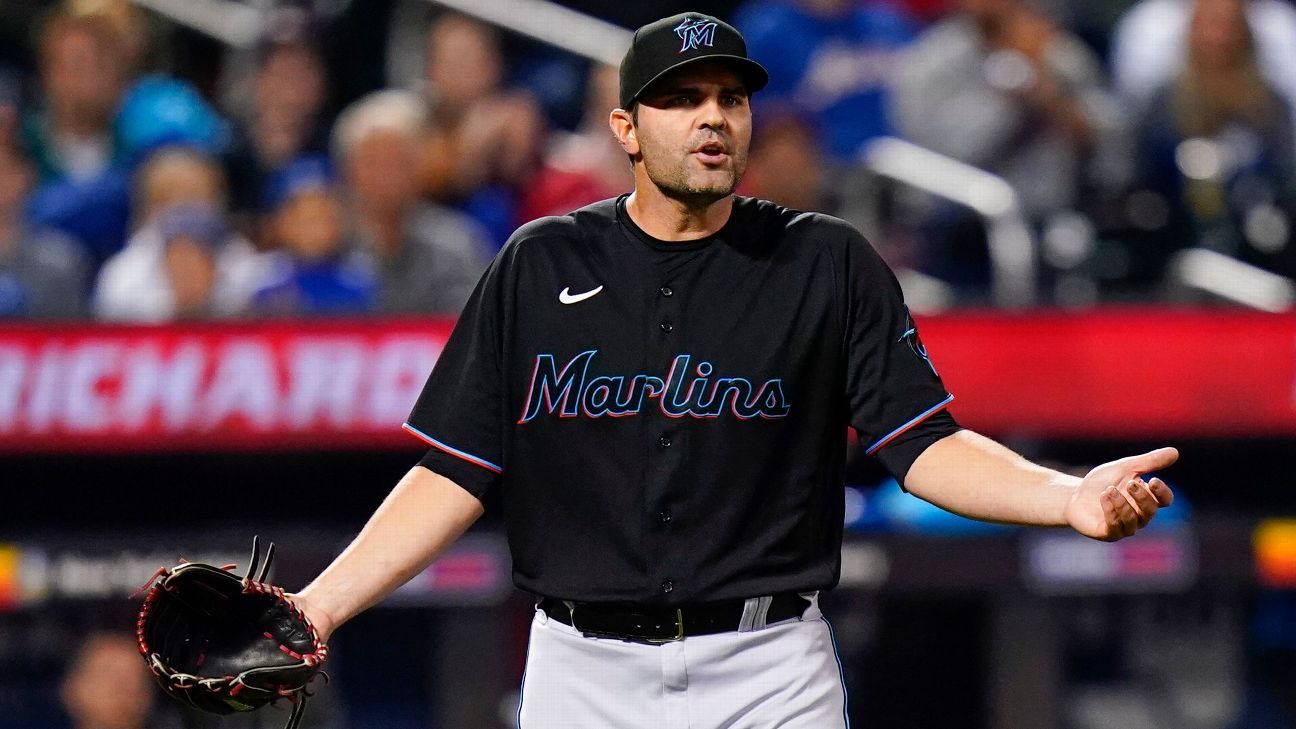 Miami Marlins lefty Richard Bleier had himself an inning to forget Tuesday night against the New York Mets, tying a major league record with three balks in the same inning before earning an ejection.

Bleier, who opened the eighth inning in relief with the Marlins up 6-3, quickly retired his first two batters before allowing Jeff McNeil to reach on an infield single. With Pete Alonso at the plate, Bleier was called for a balk three times, allowing McNeil to come around to score.

A visibly upset Bleier was tossed after arguing with the home-plate umpire. Marlins manager Don Mattingly also was ejected.

According to ESPN Stats & Information research, only six other pitchers in major league history have balked three times in the same inning. Bleier was the first to do it since Jim Gott in 1988.

A seven-year veteran, Bleier had never been called for a balk before Tuesday’s game, according to ESPN Stats & Info.